The third film of our jubilee screening, Nuclear Voyage by Armin Linke, will also be our very first screening of a 3D film. Visitors to the cinema will be provided with classical paper 3D glasses. 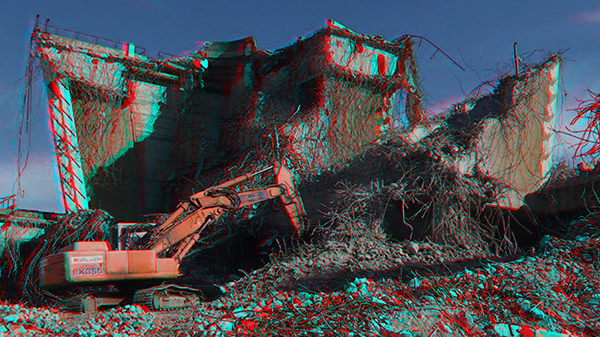 Quoting from the website of German video distributors Arsenal:

“The video NUCLEAR VOYAGE depicts inactive nuclear power stations and waste sites in a state of eternal coma. Observed in long takes during their radiation- and security-checks, the few people still working there stand in marked contrast to the James Bond-like world of high hopes for the future and faith in technology. Filmed and transmitted in 3-D technology, the video also serves as a comment on the current hype regarding spatial viewing of images, the spectacle of which had already been celebrated as photography’s great promise in the 19th century with the advent of stereoscopy. Its renaissance today comes as a curious conflation of joyous anticipation of things to come with a dash of melancholia. (Text: Klosterfelde)”

As we’re situated half an hour’s drive from the closed down nuclear power plant Barseback, we find these images especially fascinating. The demolition of Barseback is expected to take up to 15 years to complete. It’s the first ever demolition of a nuclear power plant in Sweden, and therefore there are many variables to sort out – like where to keep the radioactive debris, for example.  There have been plans to construct housing on the soonish-to-be vacant land, once demolition is completed, but these plans have been scrapped for now.

Newsclip and article on the demolition of Barseback > 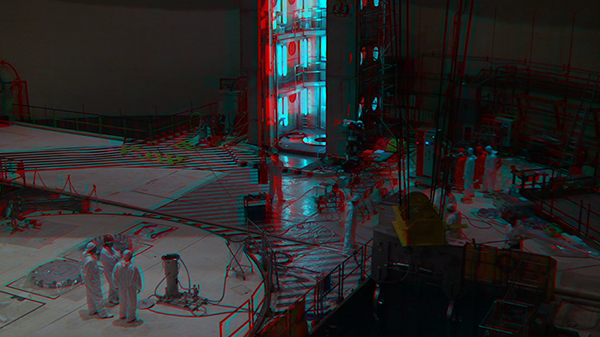