The screening on June 26:th opened with the film With Soul, With Blood by Rabih Mroué. In the film Mroué scans a grainy newspaper photograph of a massive crowd at a political protest in a futile effort to find any trace of his own presence at the event.

Next we screened two parts of a film made by Fia-Stina Sandlund, An Idealistic Attempt and Reconstruction Of An Action That Never Took Place. While planning a protest action together with Danish activist Ulla Roder, the artist asks herself to what extent she is prepared to take risks for the sake of ideals. When Ulla Roder gets arrested, the artist produces a reconstruction of the action that they had planned together: an opera performance with lyrics about Maersk McKinney Moller transporting arms.

While introducing this film, and talking about some earlier works of the artist, there were shouts of ‘Bravo!’ from the audience. Read more about these works at www.fiastinasandlund.se 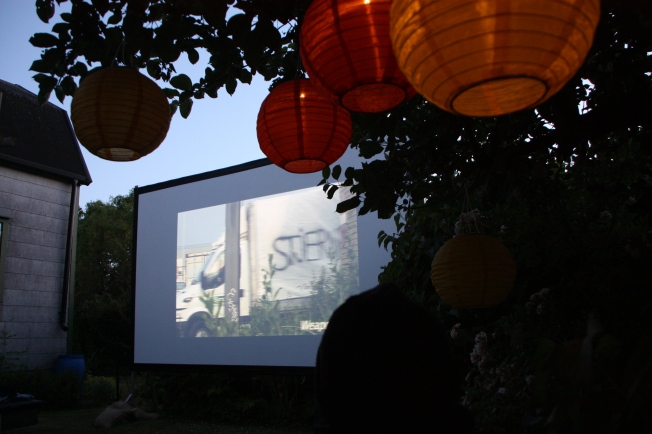 The evening concluded with a slideshow of images by photographer Tod Seelie, who accompanied the streetartist Swoon and her allies while constructing and sailing their armada of rafts across the Adriatic Sea, from Slovenia to Venice, Italy. The work is called The Swimming Cities Of Serenissima. Read more about this work at www.swimmingcities.org 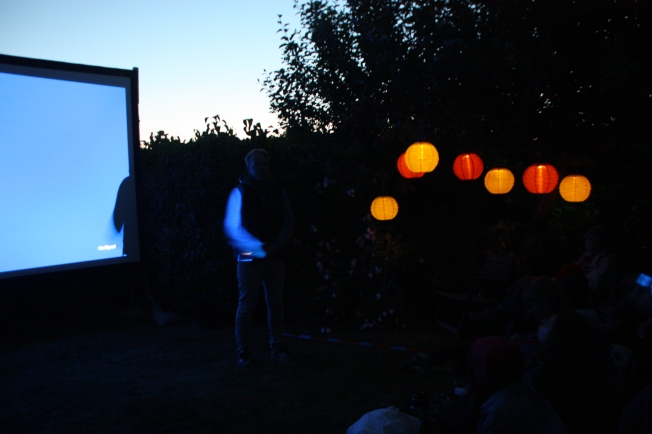