Our cinema has been asked by Moderna, the Museum of Modern Art in Stockholm, to consult on the program for a screening at the documentary film festival Tempo. Originally, the theme of this year’s Tempo festival was to be ‘class’, and that is how come our socialist cinema was considered for consulting by Moderna. The theme was then changed to the slightly more inclusive ‘power’.

Basim Magdy, 13 Essential Rules for Understanding the World, 2011
.
In the first of the four films we’re showing at Tempo, 13 Essential Rules for Understanding the World by Basim Magdy, a list of numbered guidelines seem to be narrated by tulips with faces drawn on their petals. The bleak, futile and mostly defeatist scenario, outlined by the rules, is interrupted by scenes depicting acts of transition and repetition. Along with the subtle and dark humor, such interruptions are key to the narrative, and act in synchrony with his other films.
.
More about the work of Basim Magdy >
. 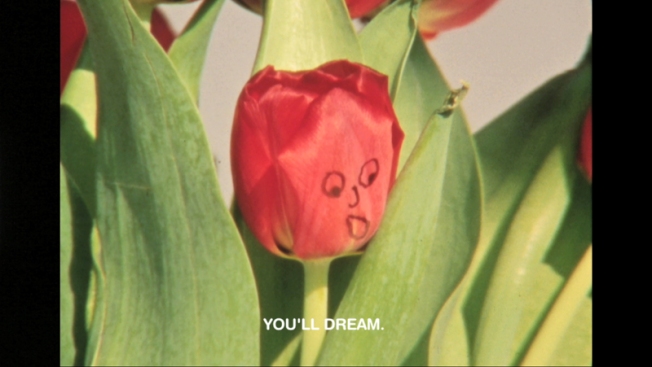