This summer we’re doing a couple of screenings at our main facility in Höja. The program will include art videos and films from Lebanon, Yugoslavia, France, Turkey, and Krabstadt, from the early 1970’s up to the present. If you want to receive up-to-date emails about our activities, like info on screening dates, you can sign up here (Swedish) or here (English). 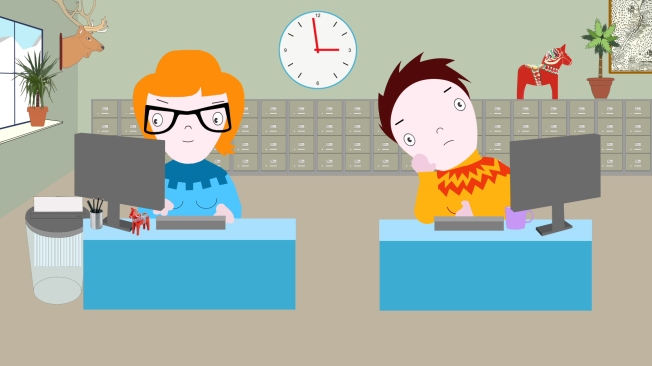 SchlopSchlop (SS) and KK are two annoying women who work at the Office of Developement in Krabstadt, a small town located in an undefined Arctic region where the Nordic countries have sent their Unwanteds.

One day a group of Whaled Women are stranded on Krabstadt’s shores,
after fleeing their sunken island. It is up to SS and KK to handle the situation. The Whaled Women are placed in Krabstadt’s Refugee Program that focuses on integration through work. However, things don’t work out as planned and when a group of Norwegian whale hunters are called in to the rescue, the inhabitants of Krabstadt have to face some tough decisions. 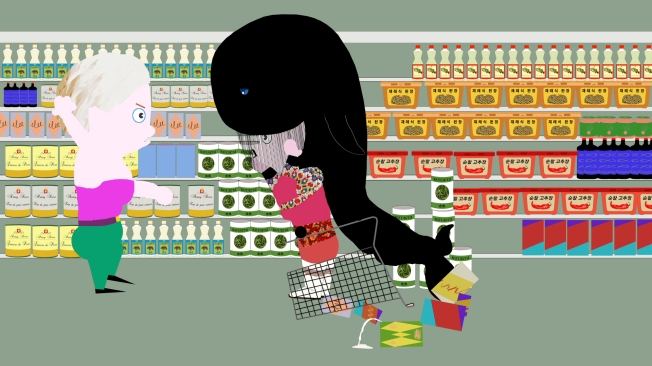 Whaled Women is the first in a series of short films to take place in Krabstadt.

Krabstadt is an edgy animated series that reflects current topics and events. Situated in the overlap between sitcom, animation and the fine arts, the project uses the potential of animation to be subversive, innovative and complex, while appealing to a broad audience.