Security guards beating up a nine year old child at Malmö Central Trainstation were caught on camera. Reactions to the footage mirrors a running debate on Swedish pedagogy. On August 19:th, outside Moderna Museet in Malmö, we’ll be screening videos by Beatrice Gibson, Catarina Simão and Priscila Fernandes whilst talking about pedagogy.
. 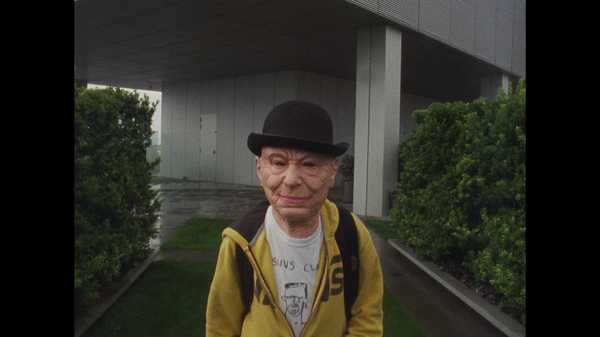 film still from F for Fibonacci by Beatrice Gibson

F for Fibonacci by Beatrice Gibson is a hallucinatory film based on a chapter from the modernist novel JR (1975) by William Gaddis. JR tells the story of an 11 year-old capitalist who, with the unwitting help of his school’s resident composer, inadvertently creates the greatest virtual empire the world has seen, spun largely from the anonymity of the school’s pay phone. The film also draws on the work of British experimental educator and composer John Paynter, who was at the forefront of utopian post-war pedagogical movements orientated around child-centered education.
Beatrice Gibson worked closely with 11 year old Clay Barnard Chodzko (from The Selfish Giant) on a number of the film’s production elements, commissioning him to design an office in Minecraft and develop an existing character of his, Mr Money.

film still from Effects of Wording by Catarina Simão

Effects of Wording by Catarina Simão tells the story of the Mozambique Institute, a 1960s schooling enterprise in Tanzania. The Mozambique Institute was developed by the Mozambique Liberation Front, which fought against Portuguese colonialists until Mozambique gained independence in 1975. The film combines newly shot footage of archive materials, like documents, photographs, and alphabetization tools for teaching Portuguese, with older footage from classes and army training grounds, shot by documentarians visiting the Institute. The film also includes testimonies by a former student, and a former teacher from the Institute. 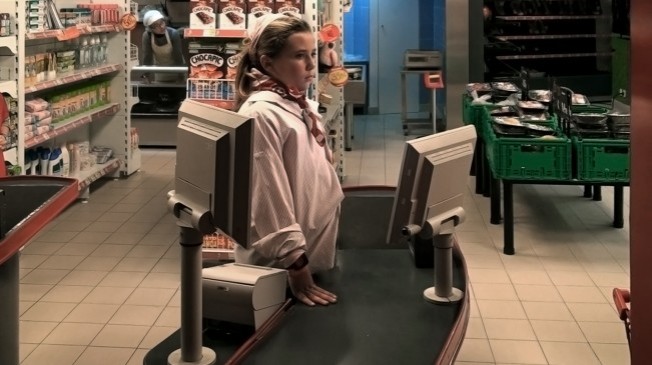 film still from For a Better World by Priscila Fernandes

For a Better World by Priscila Fernandes was shot in KidZania, a miniature city where several corporate chains get together to stage, for children, the role of adult consumer and employee. The video follows a group of children role-playing as adults in a modern city. Children are asked to find jobs in a supermarket, work as doctors or spend leisure time in the disco. “My interest in this specific location is to reveal and question how (and what) didactic methods are being employed to prepare children for the economies of the 21st century: who are the entities responsible for the design of play, and what are the motivations behind these decisions.”

For more on KidZania, here’s an article written by Kalle Brolin (of the SSC) for a Swedish newspaper – link

One week later, we’ll be back with another screening outside Moderna. Also on pedagogy. On August 26:th, we’ll be showing the films Marxism Today (Prologue) and Use! Value! Exchange! by Phil Collins. The films deal with the experience of Marxist-Leninist teachers after the fall of the Berlin wall in 1989.