On a recent trip to London we managed to visit to the amazing MayDay Rooms in 88 Fleet Street.

The building is used as an archiving transit space, where historical material on protest- and social movements is digitized, activated or connected to movements active in the present, and eventually passed on to suitable archives elsewhere. Quoting the website maydayrooms.org: “MayDay Rooms is a safe haven for historical material linked to social movements, experimental culture and the radical expression of marginalised figures and groups. It offers communal spaces to activate archives’ potential in relation to current struggles and informal research, challenging the widespread assault on collective memory and historical continuity.” 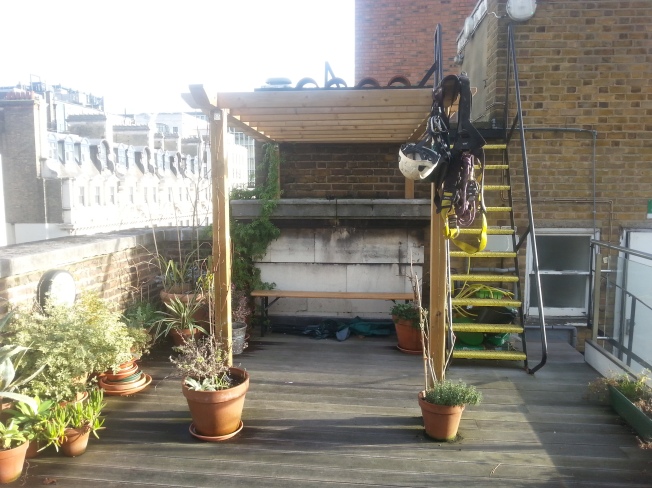 The building contains informal meeting spaces which can be used by outside organisations lacking premises of their own, or currently engaged with the archive material. Here’s the roof garden, designed by artist Nils Norman, across the street from the offices of investment bankers Goldman Sachs. 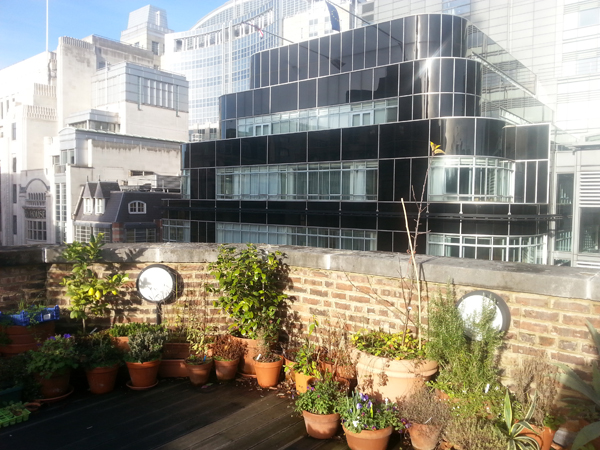 We were given a generous and personal introduction to the organisation and activities of MayDay Rooms by one of the founders, Anthony Davies, over a cup of tea in the canteen. 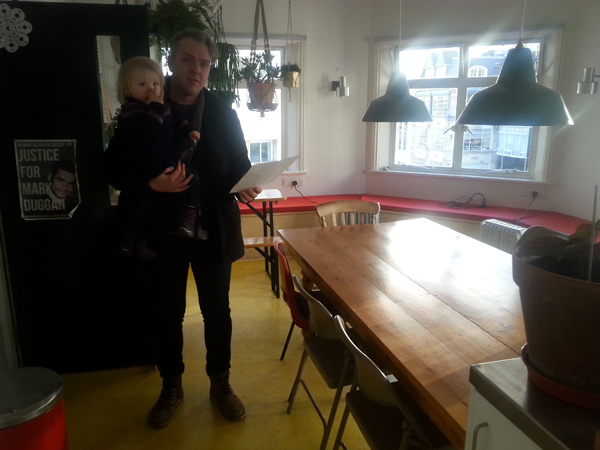 Lisa and Kalle in the Canteen

One of the documents that Anthony introduced us to was a soundrecording of Charles Mann, recounting his experiences working with a mobile outdoor cinema in 1930’s East End, showing Soviet films from a projector powered by the battery in his car.

Listen to it here

If anyone anywhere has any more information on the cinema of Charles Mann, please let us know!